Some researchers suggested that the eye movements in EMDR was unnecessary and using tones or bilateral stimulation such as the butterfly hug were as effective. Yet, this is not the case. Van Den Hout et al ( 2012) found tones inferior to eye movements in the EMDR treatment of PTSD. 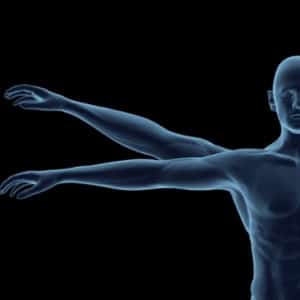 Benor (2005) uses a combination of EFT and bilateral stimulation in his technique WHEE (Wholistic Hybrid EMDR-EFT). He cited Asha Nahoma Clinton, of Seemorg Matrix Work who found that alternating tapping on the beginning of the eye brows, while reciting the affirmation, works just as well as the entire series of EFT points. However he has been using the “Butterfly Hug” instead. There is no research comparing the effectiveness of WHEE either with EFT or EMDR.
My technique: Visual Field/Kinesiology (VF/K), is a modification of Eye Pattern Release, by Donna Eden. Except Eden only does it using a horizontal figure 8 in the visual field. I found in my practice that it is not enough and we need to cover the entire visual field. I also found that it is mandatory to first remove subconscious sabotage to let go of the trauma.
EFT and EMDR have the same common denominator: They combine affirmations with some kind of sensory stimulation. They share that with Sensory-motor Psychotherapy, that uses the body, rather than cognitive or emotion as a primary entry point in processing trauma.

According to Milton Erickson, severe stress or trauma produces an altered state, as a form of spontaneous hypnosis which encodes problems and symptoms in a manner which binds them to this altered state.
Brent Baum uses the holographic model of Karl Pribram. He regards flashbacks and other dissociation symptoms of PTSD as emotions stuck in a holographic space.

He regards dissociated emotions created at a moment of trauma as 3D geometrical metaphors that are frozen and stuck in a holographic space, that like hologram contains the entire trauma.

The holographic model of the mind posits that holographic memory principle (when each memory fragment contains the whole) enable any one of sensory fragments to replicate or trigger the whole stored memory.

So, any sensory response- touch smell or sight can trigger the entire trauma.

Visual triggers may be the most common.

Sometimes there may be amnesia after a trauma, because of severe dissociation, and out of body experience. Yet, subconsciously we re-create the trauma.

In psychotherapy we attempt to re-integrate the dissociation into semantic memory.

I believe these holographic fragments are the “soul fragments” that shamans attempt to bring back when they go on a journey of so called “Soul Retrieval”.

I also claim that holographic memory fragments containing traumas are encoded in the visual field pretty much as icons are spread on a computer screen. They may be encoded at the spots where the person was looking at during the trauma.
Not unlike Sensory-motor Psychotherapy, we can use this spot in the visual field as an entry point to the trauma, where the holographic memory of it is available. We can just have the intent to release it. We can locate the spots via subtle ideo-motor cues (Energy Muscle Testing). Wherever we find weak muscle when systematically scanning the entire visual field, we stay there till the muscle turns strong.

Maybe all of the above.

But, there may be another explanation: According to Bartlett, in order for consciousness to “collapse the wave” we need to hold two points while focusing intent.

EMDR, EFT and VF/K are actually using the Two-Point procedure in one way or another.

The same is true for Energy Muscle Testing. This can explain why Jensen found, like I did, that working with dynamometers is not effective as working with a human being.

Get a free eBook!

Thanks for signing up! Check your email for confirmation.