The Missing Link in EFT

EFT (Emotional Freedom Technique) became increasingly popular recently because it is, indeed, effective and at the same time very easy to use. However, there are also a lot of reports that it is not as effective as it was reported to be.

EFT founder, Gary Craig, blamed it on the fact that the technique is practiced by people who were not appropriately trained according to the “Gold Standard”, as dictated by him.

While I agree, I think there maybe another reason altogether. This is because I am very well trained in Gary’s (brilliant) methods, and still have only 40% success rate using purely E.F.T.

In my years of practice I became entirely convinced that people cannot completely heal, achieve any goal, or have the Law of Attraction work for them, if they have subconscious self sabotage. 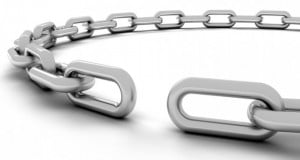 In order to remove the sabotage (called “Psychological Reversal” by E.F.T. and T.F.T. practitioners) it is not enough just to repeat the phrase: “Even though I have this problem, I completely accept myself,” while gently massaging two points on your upper chest.

I was commissioned by NATO to teach Energy Psychology to European psychologists, dealing with trauma. When I worked with them on removing their traumas and when I checked their muscles with the statement, “I want to get over this trauma,” the muscles were weak. Then I asked them to say, “Even though I do not want to get over the trauma, I deeply and completely love and accept myself.” I re-checked the muscles again with the same statement. Most of the times the muscles stayed weak, indicating “no.” Something in them did not want to heal from the trauma. This was strange to them, as they consciously wanted very much to heal.

I started to explore what exactly in their subconscious held on to the trauma. I found out there were mainly five different reasons:

I use Energy Muscle Testing (EMT) to find out what kinds of sabotage exist and my Sabotage Correction Technique (SCT) to remove the sabotage.

Then when EMT confirms that there is 100% subconscious support to remove the trauma, we can use EMT to find out which Energy Psychology technique is best to use. A lot of times E.F.T. comes strong. Yet, other times we get strong muscle when checking for other techniques such as T.F.T., N.E.T., Reconnection, or my own Visual Field/Kinesiology.

It is also important to remember, before attempting any trauma release, or any clearing for any other goal we first have to detect and remove all subconscious sabotage to happiness.

So, the missing link to E.F.T. in my opinion, is the absolute need to look for and clear any subconscious blocks.

Go to endselfsabotage.net to learn more.

Get a free eBook!

Thanks for signing up! Check your email for confirmation.